Here it is:
Bookbuilder download link (one week trial)

NB use right-click, and then save-as (to avoid (false) popup
advertisements or download suggestions..).

below a screenshot of the Bookbuilder program (4.3b)
ideal tool for building several opening repertoires, eg. for
standard (solid/positional) and/or blitz (eg. with gambits! 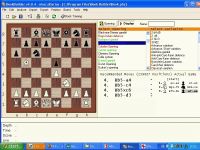 Apparently at the shareit.com site the download link
for my chess opening program Bookbuilder disappeared

Here it is:
Bookbuilder demo link (one week trial)

below a screenshot of the Bookbuilder program (4.3)
ideal tool for building several opening repertoires, eg. for
standard (solid/positional) and/or blitz (eg. with gambits!

some other news: (old) site www.bookbuilder.nl discontinued
(looking for other server).

Meanwhile my program Bookbuilder about chess openings
can still be registered at:
Bookbuilder info

Meanwhile found some updates in my French repertoire
(for Black), English (for White), and (Semi)Slav (for White).
To be posted later on this blog...

Some news: changed layout of this blog,  more modern look;
achieved a C(orrespondence)C(hess)M(aster) norm on ICCF: 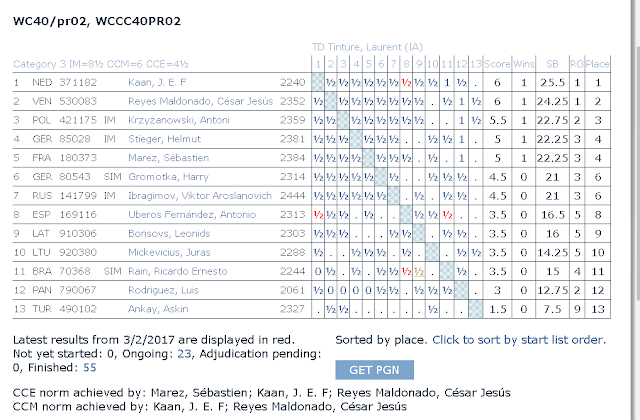 Now that Deep Shredder 13 came out, somewhere mid/end 2016,
my computer results on the Free Internet Chess Server
(FICS, www.freechess.org) improved again (with an engine, i'm
only allowed to use Shredder on Fics, not Komodo or Stockfish).

With still some other engines ranking higher, i came into to the
top 5 rankings on Fics for blitz, standard, *and* bullet. My opening
book -still used ony with the CP interface) now is about 32 Mb; my
favorite first move for the computer now again is 1.d4, but
sometimes i also play 1.Nf3 (often similar),
1.c4 (sometimes similar), or 1.e4.

Below the nr 4 place recently achieved on FICS: 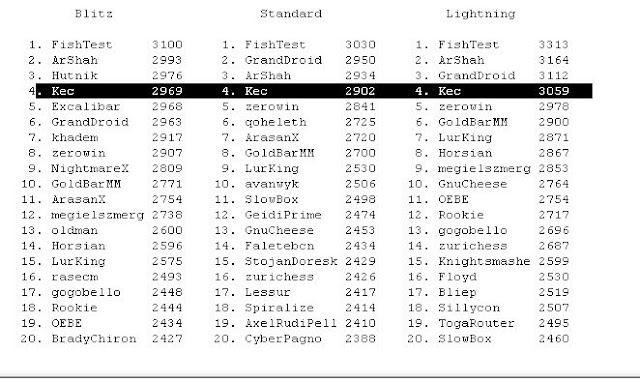 NB not only is DS13 a much stronger engine, now also the syzygy
endgame bases can be used with the engine (had to adjust some time
settings, due to some time forfeits, maybe because i don't have
an SSD disc yet for these syzygy bases..).

From my research the English opening (1.c4!) seems a good
first move in top level chess. Although the fundamental differences
between various opening moves are small (*), and a good GM
obviously also tries to look at what the opponent usually plays,
or knows (repertoire). Yet fundamentally, it also matters to know
how theory  develops, for example:

PS fundamentally the moves 1.d4 and 1.Nf3 are just as good, after
1.d4  Black can also opt for the Slav defense; after a few moves
White as (super-) GM probably can best  choose the 'Anti-Moscow'
gambit, where there still is some more  theory to be found. And after
1.d4 Nf6 2.c4 e6 3.Nc3 we get the Nimzo-Indian again after 3...Bb4
(then 4.Qc2! is advised).
After 1.Nf3 (Reti) Black has several choices besides letting White
transpose to Slav, an interesting possibility now is to go for the
Queens-Indian, after 1..e6! 2.d4 Nf6 3.c4 b6 and if you know the
latest intricacies of  this defense, it still can be a very solid defense.


A new review for my chess book:

so now there's some modifications with the new Blogger as taken over by Google. maybe i'll some pics soon, first trying this out..